Last Man Found on Earth Who Still Uses a Chequebook

Posted by thepoetscane on September 24, 2015 in Health and Lifestyle, Latest News, UK 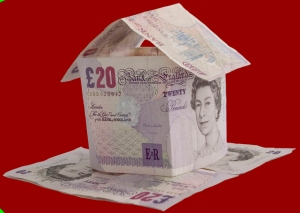 A man has been discovered in rural Scotland who still uses a cheque book, it emerged yesterday.

The man, known only as Alfie, was found in his local supermarket trying to pay for his groceries by cheque.

“The cashier asked if I was paying with card or cash. I said cheque, and she asked what that was. Kids today are so ignorant. They think everyone has one of these new-fangled credit card things.”

Alfie’s bank, the Scottish Highwayman, confirmed that they do indeed have one single solitary customer who every six months without fail requests a new chequebook.

“We have to have them printed overseas especially for him,” said Robin, the bank manager. “We’ve tried to explain that no one even accepts cheques anymore, but he’s adamant they do. I think he writes them out to family and friends for birthdays and the like.”

Alfie’s grandson Gordon, said: “I know it’s the thought that counts, but I work full time. I don’t want to have to get up early on a Saturday to get to an actual physical bank before midday when it closes. I wish gramps would just PayPal me my birthday money.”

Since the discovery, several other banks have come forward to reveal that they also have a customer who uses cheques. In total, there appears to be four people in the UK still using chequebooks. Three females in their nineties and Alfie who is rumoured to be just 78.

The BBC are now planning on making a docudrama about the quartet entitled Cheque Mate.

A BBC correspondent told us: “They are such a rare breed of human that only four of them exist in the known world. They’re like a window into the past and we must film them while we can, before they pop their clogs.”