Posted by thepoetscane on November 22, 2016 in Latest News, Politics, UK 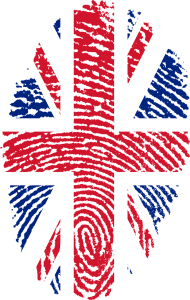 “We need to stop health tourism. By making doctors and nurses show their passports we can weed out foreigners who are coming here and providing our healthcare and being paid for it in British money.”

“This is not a racist policy. We simply have to protect our borders. Every foreign person who provides our healthcare is taking a job away from a British person who could in theory also do it provided they were trained. In fact, the policy will by supplemented by plans to introduce special doctor national service, so everyone between 16 and 18 will get a chance to provide healthcare on our NHS for free.”

Mary Outburst from the Guardian said:

“This is just racist bollocks.”

Ian Mcmurmaran from the Independent said:

“This kind of shit is actually happening. IT’S ACTUALLY HAPPENING!”

“This is the kind of policy the UK needs to get back on its feet. You say the NHS is being understaffed, dismantled and destroyed by racist ill-thought out proposals. I say MAKE BRITAIN GREAT AGAIN!!

This statement was followed by two hours of excited Tory hand clapping.

← We Just Want all your Money Without Interacting With Any of You, May Tells Europe
Tories to Continue Mistreating Real Immigrants in Honour of Andrew Sachs →