Posted by thepoetscane on October 11, 2016 in Latest News, Politics, UK 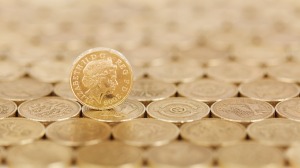 “I don’t know what’s wrong with me,” said the concrete form of abstract promise. “I usually feel so strong, ready to go up against any other currency in the market, but lately I just feel… diminished.”

Friends of the currency have noted a change in Pound over the last few weeks.

“He’s not been the same since Brexit,” said US Dollar. “He was always rearing to go whenever out in the market, but lately he just constantly underperforms. Other currencies won’t touch him because they’re afraid he’ll bring them down.”

Pound has been hiding in people’s wallets afraid to come out.

“I used to buy so many imports,” the shiny gold coloured multitude bewailed. “Which was really important because my country’s got nothing to sell. Now, people just think I’m worthless and don’t want to know. It’s not fair, the Leave campaign told me I would increase in size by 350 million a week, but I’m only half the currency I used to be. I’m thinking of going to trading standards.”

Supreme Leader Theresa May has promised Pound that he will pick up once the world realises how amazing it will be to trade with a shitty little island going it alone with no manufacturing base and a population of racist arseholes.

“You’re just a bit stressed,” she told Pound, before patting him on the head and sending him on his way.

As we went to press, Pound still felt small and inconsequential.

Tags: Brexit, sterling, the Pound, UK down the shitter Permalink

← Fake News Writer Solemnly Deletes Unfinished Stories that Aren’t Topical Anymore
We Just Want all your Money Without Interacting With Any of You, May Tells Europe  →