Posted by thepoetscane on May 10, 2016 in Latest News, Politics, UK 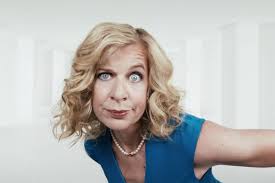 British butchers have claimed their livelihoods will be threatened by a huge slump in sausage sales if Daily Mail AI experiment Katie Hopkins goes ahead with her naked run through London with a halal sausage up her bum.

Ms Hopkins is planning the stunt in protest at the new London mayor having darker skin than she would like.

Butchers are also claiming the naked sausage run will affect sales of streaky bacon because the word streak will now have unpleasant connotations in the mind of the meat-buying public.

Muslim butchers in particular are worried that the whole idea of halal will be tainted by the association with the lower sphincter muscles of Ms Hopkins, rendering the possibility of a pure Islamic diet almost impossible.

“This could be the end for me,” said butcher Bill Jones, founder of the ‘Please Katie, Stay Indoors’ campaign. “No one is going to buy my sausages with these sort of horrific images seared into their brains. It’s just not right to treat a dead animal this way.”

Scientists are also warning of a national drop in people’s sex drives.

“Not only would we lose the butcher industry,” said sociologist Simon Haswell. “But we could lose the entire next generation of children, who will never be born because their parents just can’t hack the sight of nakedness anymore. It could spell the end of Britain.

“On the other hand, if they’re never born they’ll never have to witness Katie Hopkins running through the streets with mashed up dead animal remains stuffed in her rectum.”

Optimistic people have pointed out that if her arsehole is blocked by meat products then there’s less chance of Ms Hopkins talking out of it.