Posted by thepoetscane on November 24, 2015 in Health and Lifestyle, Latest News, UK, WAR!

Vigilante internet hacking group Anonymous, who stole their persona from the godawful V For Vendetta film, have this week declared war on ‘Christmas in November’. 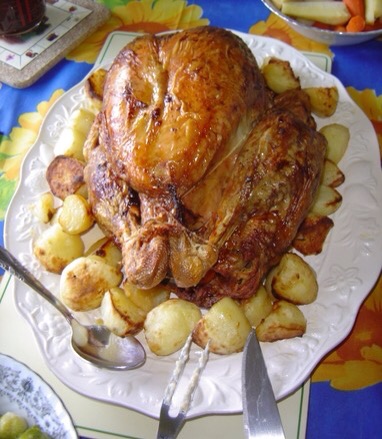 Speaking exclusively to The Sceptical Poet – and anybody else who has internet access – Anonymous co-founder Alan, er, we mean ‘Mr Anonymous’, told us:

“It’s one day of the year. ONE. Not two months. If the powers that be want to change its name to Christmas Novemdec, then fine, but whilst it’s called Christmas Day, you can fuck off. You can fuck right off, with putting lights up and stupid sparkly pink trees and mince pies and taking kids to see Santa and obsessive marketing aimed at housewives and children, in FUCKING NOVEMBER.

“From now, until the 21st of December (the date we have allowed pre- celebrations to begin), any shops heard playing the same ten Christmas songs on repeat for hours on end will have their tape decks mauled by a big dog. Anyone seen buying their turkey, discussing what to wear on their Christmas night out, writing a stupid Christmas story or wrapping up presents will have a very stern letter from Anonymous posted through their door along with a half-eaten sausage roll, just to show how serious we are about this. We would also like to point out that despite the fact that we live in our parents’ basements, that our mothers are not excluded from this. No, we do not wish to discuss eggnog and tinsel in FUCKING NOVEMBER. Nor do we wish to hear about your homemade cranberry and sage stuffing, or whether it breaches today’s health and safety regulations to put a penny in the pudding. It almost certainly does. We do not wish to hear this IN. FUCKING. NOVEMBER. Consider yourselves warned.”

Oh dear, it seems that Alan’s not a happy bunny. We look forward to our half-eaten sausage roll. Please make it a vegetarian one, Alan.