Posted by thepoetscane on November 15, 2015 in Entertainment, Latest News, Reviews 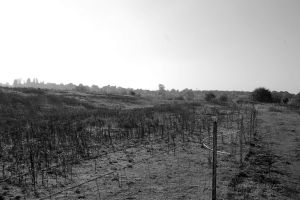 Hot on the heels of post-apocalyptic sandbox hit, Fallout 4, EA are due to release the latest addition to The Sims franchise.

The Sims 5: WWIII takes place in a post-apocalyptic America in which you have to ensure your Sims’ survival against mutants, radiation, aliens, and their own stupidity.

Talking about the game at a recent convention, lead developer Randy Frewer said:

“For this version of the game we decided to ask for feedback, and build on what you guys told us.

“The main message we got was that people don’t want to spend hours playing a computer game where the main thrust of gameplay seems to be training your Sim to eat when he/she is hungry and to make it through the day without pissing themselves. They’re the first things we learn when we’re born, followed by walking and the power of speech. It’s like relearning the alphabet when you want to study for a phd.

“So we decided to shake things up a bit, and take a leaf out of Fallout‘s book. In The Sims 5: WWIII you have to help your carefully nurtured morons survive in a post-apocalyptic world armed only with a technical manual and a lamp. We’ve also thrown in some triffids and Asia Argento.

“There are no fridges in The Sims 5. Hungry? Learn how to hunt rats. Or eat your fellow Sims. You can really put them through the grinder in this one. You’ve taught them how to wash dishes and watch television, now it’s time to teach them how to build a fortress out of driftwood, traverse a radiation-riddled landscape on a horse and fight in hand-to-hand combat with mutants and invading aliens.

“This is the Sims game you’ve all been waiting for.”

Having quickly played the game on an advance copy, we at The Sceptical Poet concur. The Sims 5: WWIII is by far the best game in the series. The graphics and the gameplay are the best they have ever been, and there is no shortage of what you can do with your characters in this new post-apocalyptic wasteland. It combines all the best elements of the old Sims games, plus games such as Fallout and Call of Duty, into one amazing new experience.

Looking for something exciting to play for Christmas? You can’t go wrong with The Sims 5: WWIII.