Posted by thepoetscane on November 4, 2015 in Entertainment, Health and Lifestyle, Latest News, UK 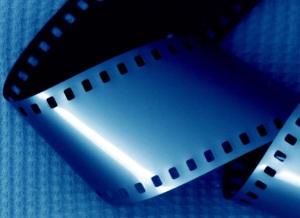 Single man and film buff Jeremy from the Wirral has revealed that his deep love for the moving image means the ‘film’ that is his life never even made it into pre-production, let alone got made.

Speaking to the Sceptical Poet from his dvd and blu-ray crammed bedroom in his parent’s house, he said:

“I never got green lit. Never received any funding or bankers. I’m not even an Alan Smithee film.”

“No funding?” said his mother, Sheila. “We’re basically his employers. He can’t hold down a job, so we prop him up; except instead of using the money for something useful it just goes on high def TVs and extended special edition DVDS of The Hobbit. He never goes out. He just watches films in his room. He’s bankrupted us like Michael Cimino bankrupting United Artists. I shouldn’t even know what that is.”

“My mother’s right,” Jeremy says. “Although I think a better metaphor would be Jerry Jameson’s Raise The Titanic nearly bankrupting ITC Entertainment. That film was a waste of time, but they continued funding it anyway, which is like my situation. Also, I don’t own the extended edition of The Hobbit on DVD: I own it on blu-ray. It does matter, mother.”

“I admit that my life has been a failure of 47 Ronin proportions. I’m as boring as Forrest Gump, and as fat and pale as late era Marlon Brando. No-one will ever be the Trinity to my Neo, the Bella to my Edward, the Lady to my Tramp… Yes, mother, I’m aware that all of those people actually left the house and met people, although Neo doesn’t count because he’s trapped in a giant computer and they come and get him.

“I used to go out a bit, but I didn’t fit in, just like the elephant man in The Elephant Man.

“I was in a local film group, but they kicked me out. We were watching the special edition of Ridley Scott’s Kingdom of Heaven when I suggested that Islam was basically the Godfather III of the Abrahamic religions. How was I to know they were all Godfather III apologists?

“I’ve always had relationship troubles. I try to be romantic. I told one girl on our first date that ‘this is just like when Hugh Grant spilt orange juice all over Julia Roberts’. She dumped me.”

We tracked down the aforementioned girl, Erica. She said the reason she dumped him wasn’t the inane references to Notting Hill. She described to us how he had never heard of condoms because he never saw his favourite actors put them on in films:

“His only experience of condoms was somebody in a bad teen comedy blowing them up like balloons and giggling. When I told them what they were really for, he went: ‘ah, that joke makes sense now’. That was all bad enough, but the last straw was when we won a trip to Mount Rushmore through Sight and Sound magazine and he insisted on acting out Hitchcock scenes. He fell out of a nostril, and ended up arrested and in hospital.”

Even in the world of work, Jeremy apparently bored colleagues so much that he never lasted more than a week at a time in any one job. He also never actually did any work because in most films people in their workplaces never actually do any work onscreen. Like in films, he was also obsessed with the idea that people were secret spies. And he lost his one moderately successful job in a funeral parlour because he kept making ‘I see dead people’ jokes.

So where do you go from here? we asked Jeremy.

“Well, I’m 67, so all that’s left for me now is to act sprightly and cheeky, and maybe I’ll be accepted as a fun eccentric who might die soon and deserves to be mollycoddled a bit. Or I could find some alien eggs in a swimming pool and feel young again. I keep hoping I’ll start aging backwards like Benjamin Button, but that hasn’t happened. Failing that, I’m seriously planning on tieing a load of balloons to the roof and just seeing what happens. Yes, mother, I know it’s your house – but think of the views!” 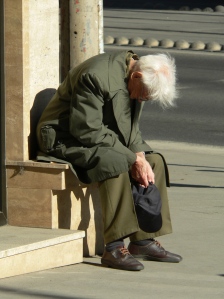