Beards Home to 400 Types of Wildlife

Posted by thepoetscane on November 3, 2015 in Latest News, Science 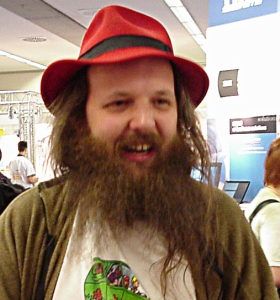 A study published this week in the Journal of Ornithological Weirdness claims that beards are home to about 400 types of wildlife. The study has prompted calls for beards to be considered official conservation areas, which would make trimming them a potential breach of the law.

Brian Malburn, the lead author of the study said:

“The typical beard contains at least 300 types of bacteria and fungi, as well as a variety of other life, such as birds, insects, arachnids and very small rodents. We are not surprised by the results. My beard, for example, has three nests of sparrows. There is a full eco-system in there. The birds eat the worms, which live on the soil my beard has gradually accrued. The birds themselves get killed by my cat at a rate of about one a month. The cat doesn’t live in my beard. That would be ridiculous.”

The results have made people with wildlife-filled beards more confident about revealing their beards in public. John from Liverpool said to us:

“I used to be too embarrassed to go out, because people tended to run screaming from the tarantula in my beard. But I’ve started going out now. Sometimes people even pet Geoff (my tarantula). Hopefully, beard animals will start to be normalised now.”

Beard fans and hipsters who need to validate the way their faces look have been keen to share the scientific discovery in retaliation to another recent study that claimed beards are home to more faeces than the average toilet. Brian was keen to ‘poo-poo’ that study:

“Well, it must have been a very dirty beard. Most people wash and shampoo their beards. Did the men in the study have an allergy to soap? I find it hard to believe that they did a rigorous study if they failed to spot all the animals living in the beards.”

Brian is due to give a speech at the annual beard conference in Manchester next year. He hopes that his study will go some way towards reversing the tide of anti-beard sentiment such as the planned re-introduction of beard tax and calls for an outright ban.