Remember, Remember, the Fifth of November: Not the Fucking Fourth

Posted by thepoetscane on November 2, 2015 in Health and Lifestyle, Latest News, UK 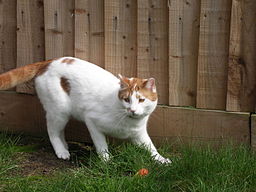 By Ambo100 (Own work) [Public domain], via Wikimedia Commons

It’s bonfire night on the fifth of November, or Guy Fawkes night as it is known to some, or absolutely terrifying night of Hell as it is known by people with pets, children or a healthy fear of fucking fire.

Because bonfire night is the one night of the year when it’s perfectly acceptable to set fire to gunpowder in public, wave a flaming stick of death around in the air while wearing flammable clothes, and generally endanger people by setting off bomb kits with colourful names such as ‘spiralling purple death whirligig’ or ‘lightning green sparklespear’.

It’s all in the name of fun, you understand, so it wouldn’t be appropriate to have any level of countrywide management of the yearly distribution of dangerous – but colourful – weapons. Yes, let’s have mysterious pop-up shops run by shifty-eyed people with no interest in safety labels. Yes, let us, for one day of the year, basically have the same level of weapon control as the USA or Afghanistan. It’s only exercising our human rights to set off rockets in the street, have a handgun for shooting potential burglers, or have a ‘house AK47’ for scaring away the local animals.

It’s only one day.

It’s basically a two month window during which people have to keep their animals inside, encourage severe agoraphobia in their children, and wear a suit of fucking armour to go to the shops.

If it was one day, you could manage the ways in which you attempt to avoid death or maiming. It would be kind of like living in The Purge. But it’s not one day. It’s an indeterminate span of several weeks, during which the entire population lives in constant apprehension and fear.

And it’s all in the name of fun.

Remember, Remember, the Fifth of November…

NOT THE FUCKING FOURTH!