Guy Fawkes Effigies to be Replaced by Jeremy Corbyn Effigies

Posted by thepoetscane on November 2, 2015 in Latest News, Politics, UK 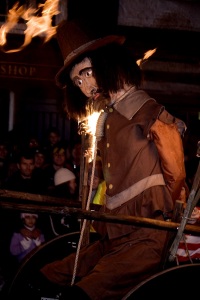 Guy Fawkes is to be replaced by Jeremy Corbyn as November the fifth’s official villain, a leaked transcript of a Tory think tank meeting suggests.

The meeting was a discussion of ways in which the government could modernise Britain while simultaneously demonising the left wing. Replacing Guy Fawkes ‘guys’ with Jeremy Corbyn ‘Jeremies’ was the top voted idea.

“Penny for the ‘guy’ is outdated,” said one think tank member. “No-one remembers who Guy Fawkes was or what he really stood for. We have a new political situation now, and that requires new traditions that people follow for no real reason. Penny for the ‘Jeremy’ is the way to go. The model is still basically the same, but the masses get to see socialist liability Corbyn roast on a bonfire as a warning against what not to think. It also encourages entrepreneurship, in the form of penny-collecting, as well as distracting from whatever inhumane policy we’ll be trying to slip past parliament in the meantime.”

Labour voters have reacted angrily by promising to stay furious enough for the next four years to vote out the Tories in the next general election.

Jeremy Corbyn himself has said he will bring up the issue at the next Prime Ministers Questions, where he will read out questions from the Guy Fawkes appreciation society.

Meanwhile, another Tory think tank has suggested banning bonfires altogether in the name of austerity, in order to conserve energy and ward off the ultimate entropy of the universe.

“You could still collect pennies for the ‘Jeremy’,” said George Osborne. “A well made ‘Jeremy’ could keep you cosy and warm in place of a bonfire, and we could make weak jokes about people being ‘in bed with the reds’. Remember: we’re all in this together.”