Posted by thepoetscane on October 21, 2015 in Latest News, Politics, UK 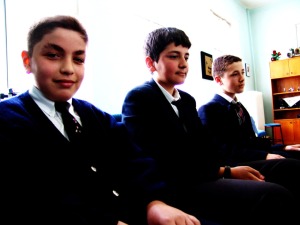 Prime Minister David Cameron announced today that the government are to skip entirely any increase in the number of grammar schools, and just shoot underperforming children instead. Speaking outside number ten, he said:

“The creation of new grammar schools is a time-consuming and costly process. In the interests of austerity, we have decided to skip building them entirely and to just shoot any children that fail the 11-plus.

“Not only is it cheaper (we can get a good deal on bullets if we buy them in bulk), but it cuts out on lots of unnecessary paperwork. All those children out of the system leaves staff free to concentrate on the brightest pupils that remain.

“It may seem aggressive, but it is simply an extension of the same process we already use.

“Most of those who fail the 11-plus die eventually as a result, anyway. Let’s skip the slow death of a lifetime of menial labour compounded by alcohol abuse and a heavy smoking habit, and just shoot them. In a few years we’ll have robots to do all the work the upper classes and smart people are unwilling to do anyway.

“I’m sure Labour will call our policy harsh and inhuman, but we say, so what? We’re friends with Saudi Arabia and no-one cares. We’ve murdered the poor and disabled through our policies on numerous occasions and people still voted us in. Our core voting group are conveniently removed from the reality of their choices, and we’re about to shoot the next generation of Labour voters, so we can do what we want with total impunity. Cheers, thanks for listening.”

Despite outrage from almost everywhere, the first steps in the new policy are already underway.